Since December 2014, hundreds (maybe thousands) of people have donated money, time, or even materials to help us honor the memory of Gabrielle. This section is to highlight some of those things (not including the many, many monetary donations).

February 2015:
To start with, we were asked to do an interview for the upcoming Children’s Miracle Network Radiothon(s). At first, we were certainly nervous, scared, and unsure. After all, it had only been two months since Gabee had passed away. It didn’t take long to decide it was something we had to do. We had a new passion for Children’s Miracle Network (after having noticed at least three pieces of equipment used to keep Gabrielle alive over her 98 day NICU stay).

You may listen to a couple of the recordings from the February 2015 Radiothon as it was being broadcast on 96.1 ‘The Fox’ in Grand Forks, ND.

December 2015:
Sanford Health Foundation asked if we were willing to do another interview — this time for a Fargo area magazine called Area Woman. This is the story we used on the “Gabrielle’s Story” page.

Within the same e-mail string, we were also asked if Hancee, Gabee’s twin sister, could be ‘the face’ of the Children’s Miracle Network radiothon ads. Considering we hardly ever posted pictures of Hancee on our own Facebook due to privacy concerns, we were hesitant. But, ultimately our decision was made — we felt it would be an honor to have Hancee involved in this way. It’s just one more thing to keep her and us involved with this great organization. 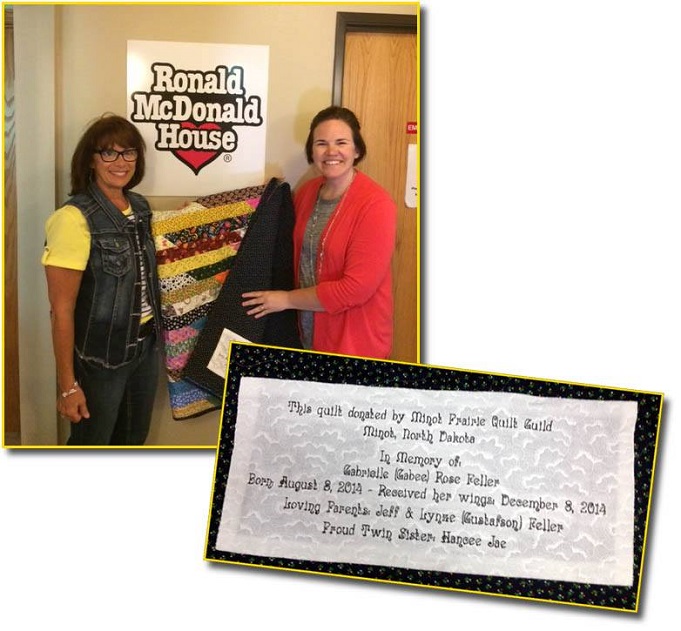 September 2015: Not long after the quilt donation was made to the Ronald McDonald House, the Minot Prairie Quilt Guild had made and donated more than a dozen isolette covers for the Sanford NICU in Fargo, ND. We delivered those isolette covers and visited with the staff. (It’s always great to visit with these amazing people! They were in our lives for 4 months, but will forever be in our hearts!) 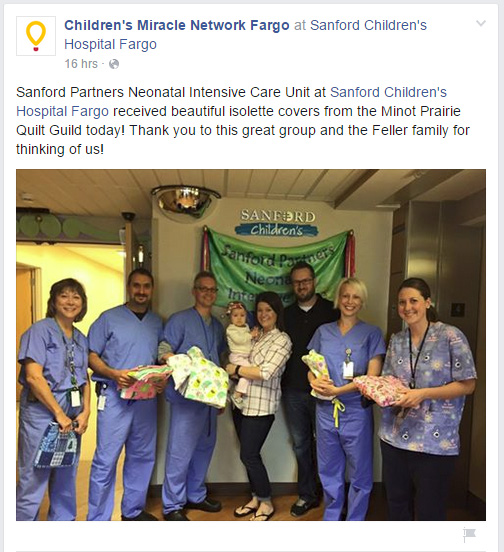